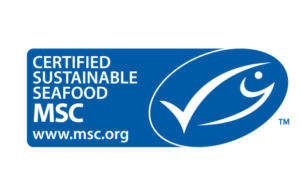 In November, 2014 the Prince Edward Island lobster trap fishery was certified as sustainable and well-managed according to the Marine Stewardship Council (MSC) globally recognized, science based standard. As a result, PEI lobster is authorized to carry the MSC blue fish label. The PEI Fishermen’s Association, the PEI Seafood Processors Association, Abegweit First Nation and Lennox Island First Nation worked together to attain this certification, along with Fisheries and Oceans Canada and the provincial government.

The 2014 certification is the official recognition of a fishery that can claim many decades of responsible management. Prince Edward Island’s traditional lobster fishery dates back generations and fishers have made it a priority to protect the resource ensuring a sustainable industry for generations to come.

The lobster fishery is significant to the economy of Prince Edward Island. Lobster landings from more than 1200 harvesters account for 66% of the value of the overall fishery with a total landed catch of approximately 41 million pounds per year, providing more than 5,000 jobs per year and contributing substantially to the province’s economy.

How do Prince Edward Island lobster fishers protect the resource?

Multi-year integrated management plans ensure that a healthy fishery is maintained in PEI. The plans may vary from region to region and some practices are enforceable by government while others are voluntary, but here is a list of key conservation measures utilized by the PEI lobster fishery:

Carapace Size Limit: Minimum (in some cases maximum) lobster carapace shell size is established for each area based on the condition of the fishery.

Limited Number of Licenses: the number of licenses is limited, determined by the management plan.

Seasons: Prince Edward Island lobster fishers fish in either of just two seasons. The spring season usually runs May 1- June 30 and the fall from about August 9 – October 9.

Trap Limits: Each PEI fishing license is limited to 250-300 traps depending on location.

Escape Mechanisms: PEI lobster traps are equipped with escape mechanisms that enable undersized lobsters to exit the trap. As well biodegradable panels enable trapped lobsters to escape in the event the trap is lost at sea.

Whistling on the boat is considered bad luck.

The origins of this superstition are lost in time, but whistling is generally considered to bring bad luck. Some people think that whistling bring stronger winds that can be hazardous to fishers and damage traps and equipment.