1. Combine the onion, garlic and white wine, 1 cup water, bay leaf, peppercorns and thyme in a large pot. Bring to a boil over high heat. Once boiling add the lobster, cover and reduce heat to medium and steam the lobster for 12 minutes. Remove the lobster. Set aside to cool. Add the remaining 2 cups water, fish broth, bring to simmer and then add mussels, cover the pot and continue cooking until the mussels begin to open, about 4 minutes. Strain, reserve the broth and set the mussels aside to cool.

2. Melt the butter in a large pot over medium heat. Add the leeks. Season with salt and pepper. Cook until soft, about 6 – 8 minutes. Add the potatoes, cook for 1 minute, add the strained broth, bring to a simmer and let cook for 8 to 10 minutes or until potatoes are fork tender.

3. While potatoes are cooking, remove the lobster meat from its shell. Cut the tail meat into small chunks. Carefully slice the claw meat in half lengthwise. Set aside. Take the mussels out of their shells. Once the potatoes are tender, add the lobster-tail meat and mussels to the broth. Simmer gently until the shellfish is warmed through, about 1 to 2 minutes, stir in the cream. Season with salt and pepper. Ladle the chowder into bowls. Garnish each bowl with half a lobster claw, a sprinkle of smoked paprika and parsley. Serve with a crusty baguette. 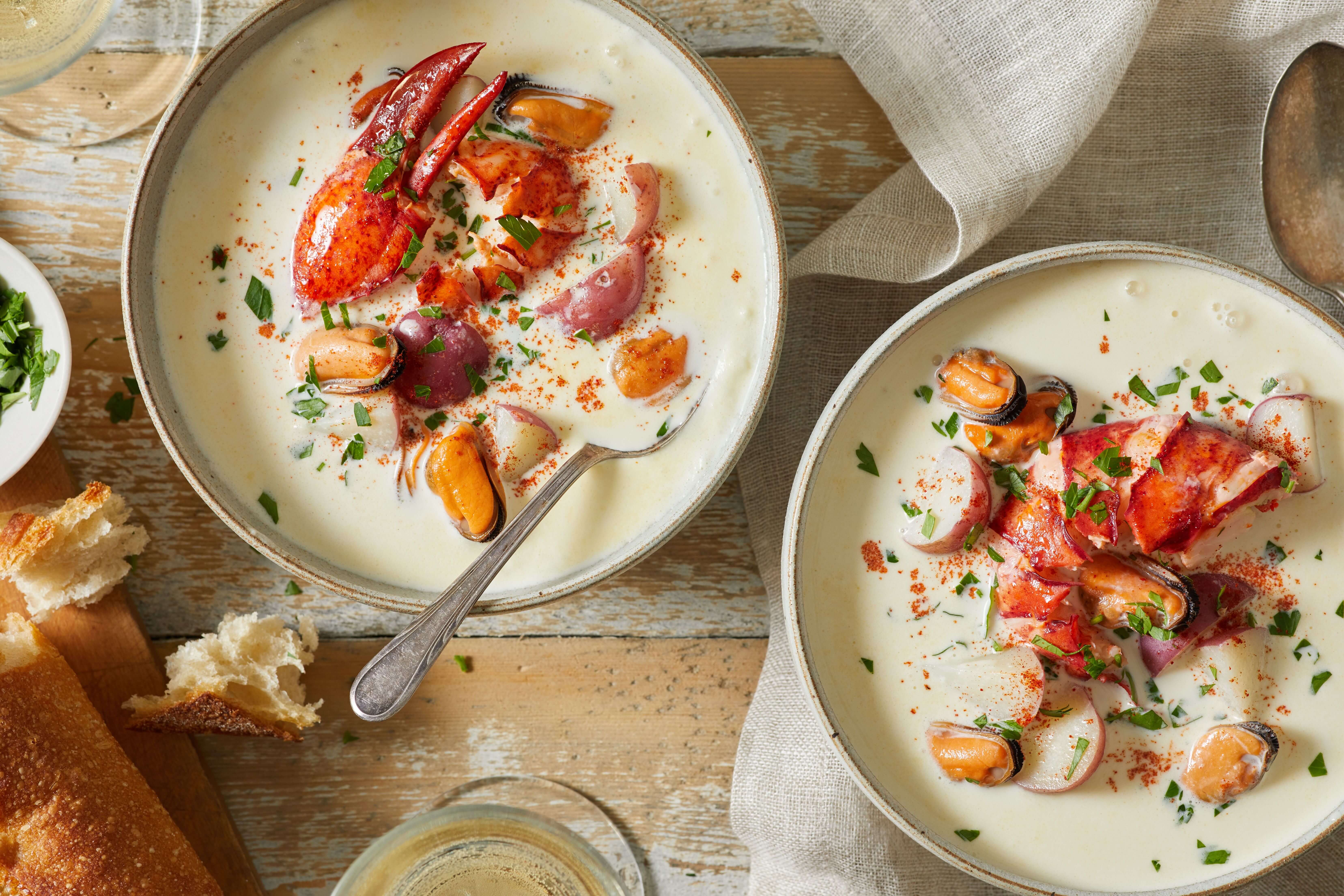 Fact - The red part found inside some lobsters is called the roe, or the unfertilized eggs of the female.

True – The red part found inside some lobsters is called the roe, or the unfertilized eggs of the female.

The red part found inside some lobsters is called the roe, or the unfertilized eggs of the female