Carefully remove lobster meat from shells.
Chop the meat from the body into ½-inch
pieces and keep the claws intact. Set aside.

Melt butter in a large pan over medium-high
heat, add leeks, season with salt, cook until
softened 4 – 5 minutes, stirring often. Add
flour and cook for 1 minute. Deglaze pan
with white wine, cook until reduced by half.
Then add chicken stock and bring to a boil,
once boiling lower heat to a simmer, cook
6-8 minutes until reduced by half. Stir in
chopped lobster and claws, cream, dill and
capers, let cook for 1 – 2 minutes. Remove
from heat, season with salt and pepper.

While lobster sauce is cooking, heat olive oil
in medium sized cast iron pan over medium
high heat. Pat steaks dry with paper towel
and season both sides generously with salt
and pepper. Once oil is hot, add steaks to the
pan cooking until medium rare, about 6-8
minutes, flipping every minute to ensure
even cooking on both sides. Remove steak
from pan and let rest for 10 minutes. 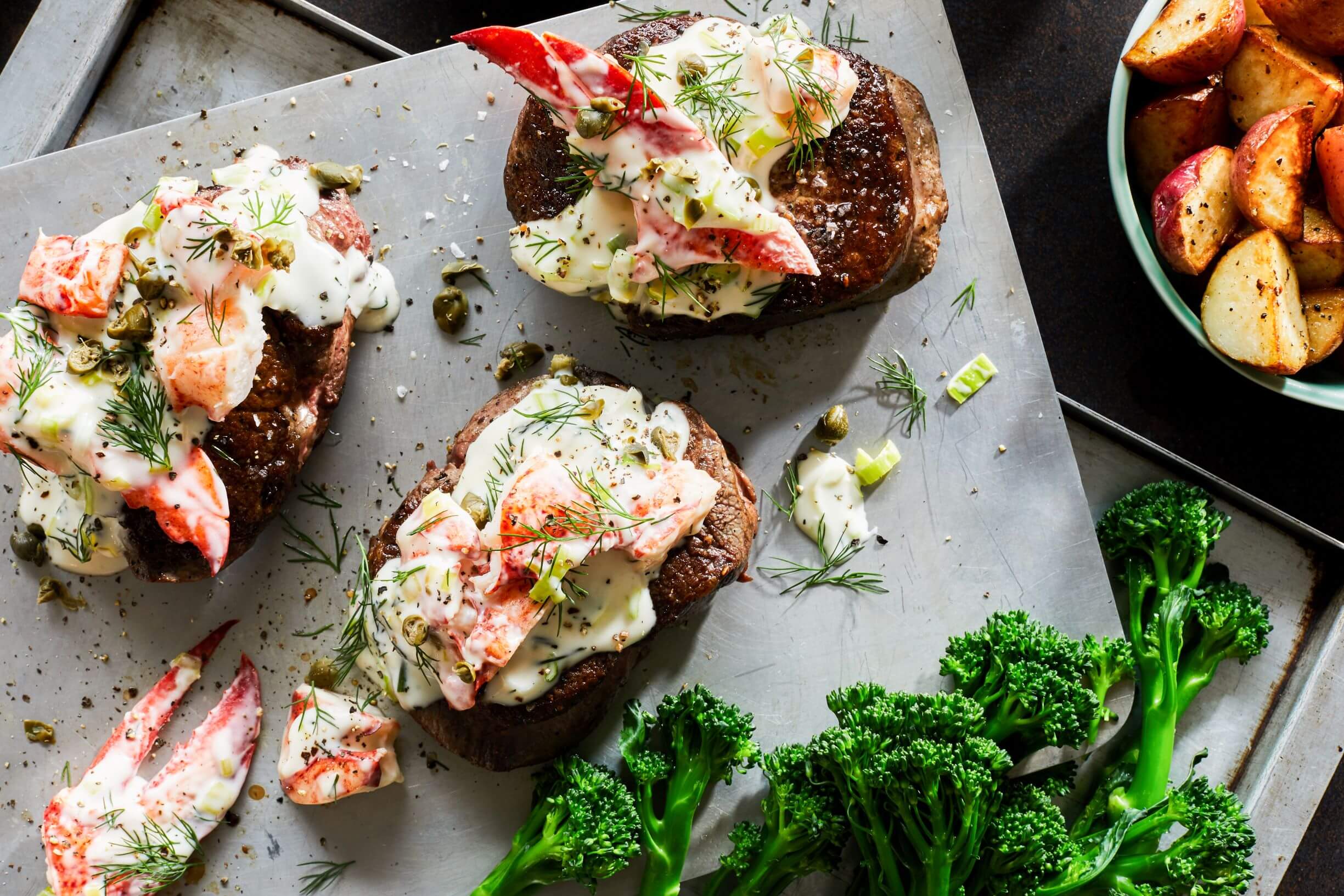 Once inside a trap lobsters can never get out.

Lobsters will often get out of traps - that is part of the design. Traps are built to allow undersize lobster to exit easily. Plus an escape hatch is made of biodegradable twine in case the trap is lost at sea. Adult lobsters will also escape traps at times; it is just more difficult.